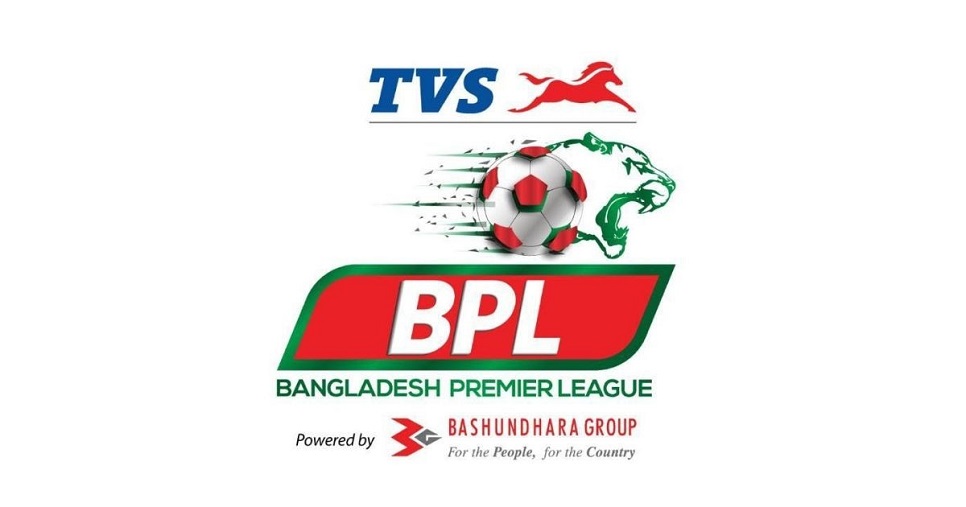 The former champions Sheikh Russel Krira Chakra registered a crucial 4-1 goal win over Bangladesh Police Football Club in their 20th match of the ongoing Bangladesh Premier League at the Bashundhara Kings Arena of Bashundhara Sports Complex in the capital on Thursday.

With the day’s victory against the upper-ranked opponents, Sheikh Russel extended their points to 25 and got the chance to improve their positions in the ongoing points table.

The first-leg match between Sheikh Russel and Police was tied in a 1-1 draw at Police’s home venue at the Muktijuddho Sriti Stadium in Rajshahi last March.

Sheikh Russel took a 1-0 lead riding on a goal by forward Mohammad Jewel, but a controversial penalty decision from referee Bitu Raj in the second half forced them to share points after a 1-1 draw against the home side Police.

However, Sheikh Russel were confident enough to bag a full 3-point goal from the beginning of the match at their home.
“Our finishers did very well today but we have faced several challenges in defence. All credit goes to the players, as they did their best to get the team out of the bad times,” Sheikh Russel head coach Zulfiker Mahmud Mintu said after the day’s match.

“Our plan was to earn at least 25 to 30 points from the 11-match of the second leg. We already have earned 20 points and we still have two-match. We want to continue it in the rest of the two matches,” he said.

After the match, Police’s veteran forward Amirul Islam announced his retirement from domestic football. The forward has been playing in Police FC since 2007.

“I’ve always been dreaming for Police to play in the premier league. I’ve fulfilled my dream, now it is time to leave my place for a newcomer. I’m a Sub-Inspector in Habiganj. Now I’ll pay my full attention,” Amirul said.

Burundian midfielder Sudi Abdallah scored two goals for Muktijoddha in the 26th and 69th minutes while Nigerian midfielder Ugochukwu Obi Moneke reduced the gap for Mohammedan in the 87th minute.

Rahamatganj’s Nigerian forward Sunday Chizoba made a hat-trick scoring three goals in the 52nd, 67th and 89th minutes while Ghanaian forward Philip Adjah and midfielder Sanowar Hossain contributed one each in the 27th and 86th minutes.

Among these teams, Muktijoddha earned 15 points and Rahamatganj collected 18 points while Mohammedan and Swadhinata remained with their previous credit of 29 and 9 points respectively. 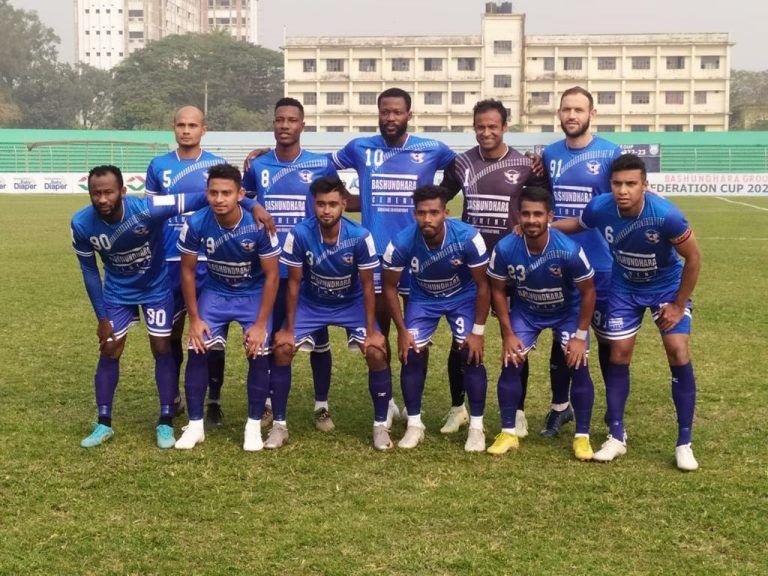 Sheikh Russel Krira Chakra reached the quarter-final of the Federation… 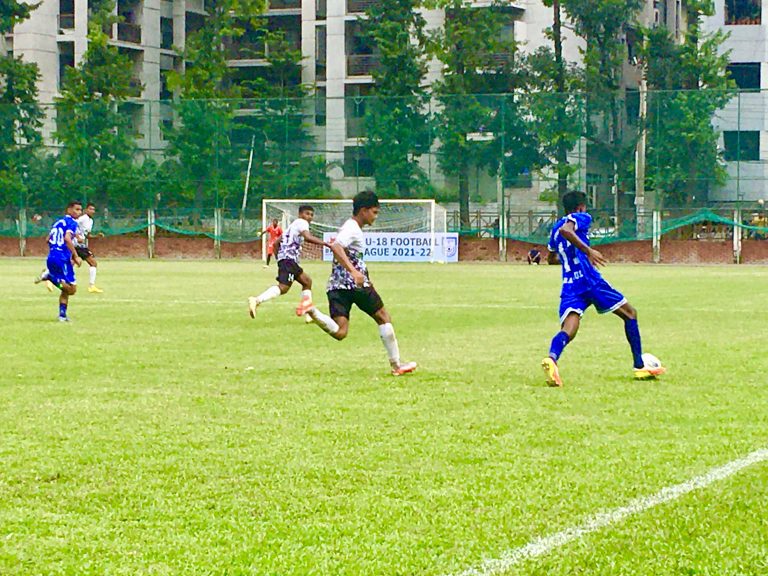 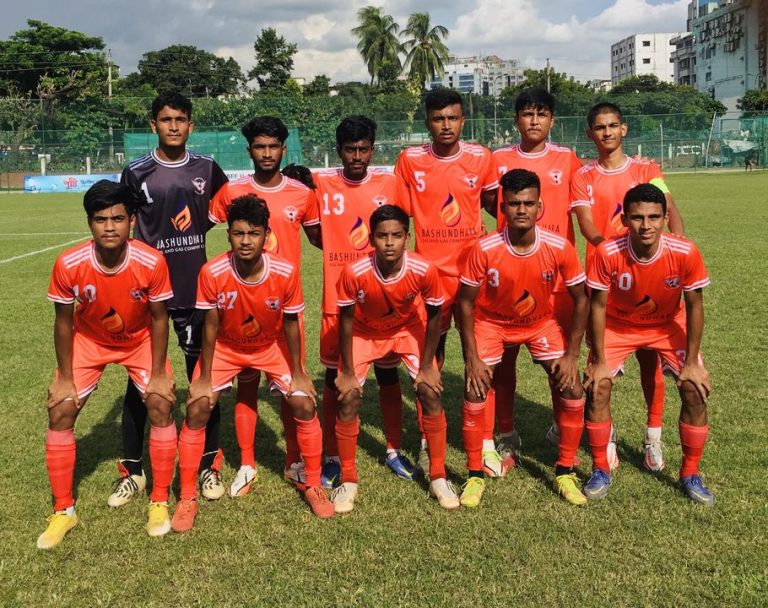 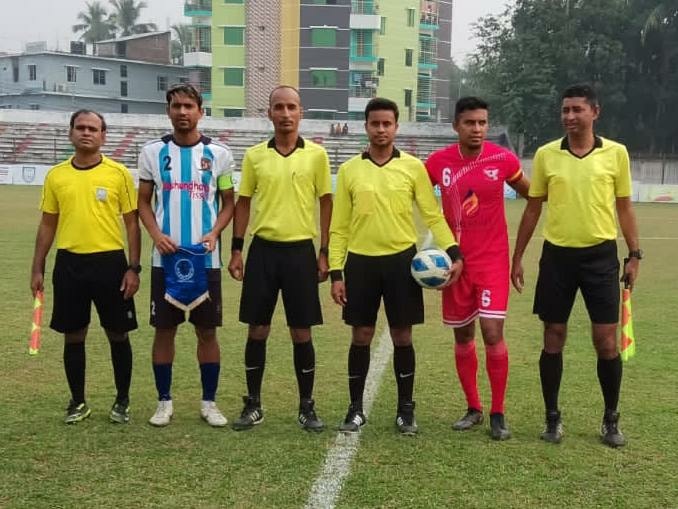 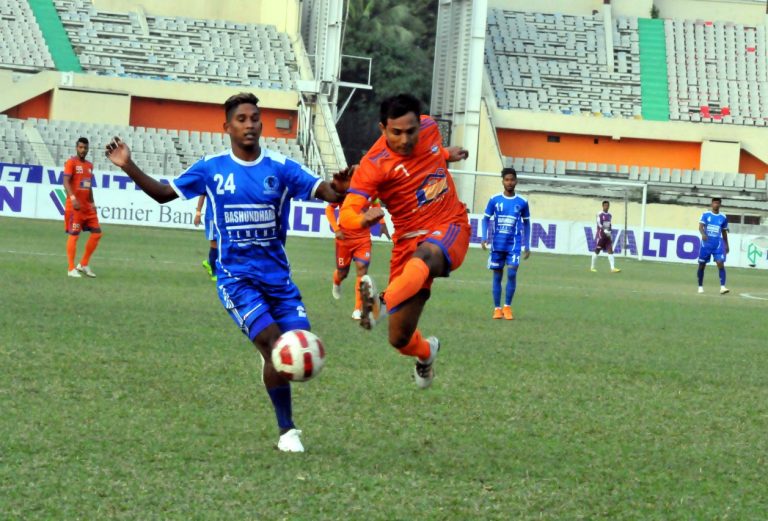